4 Industries Where Blockchain Startups Can Make an Impact 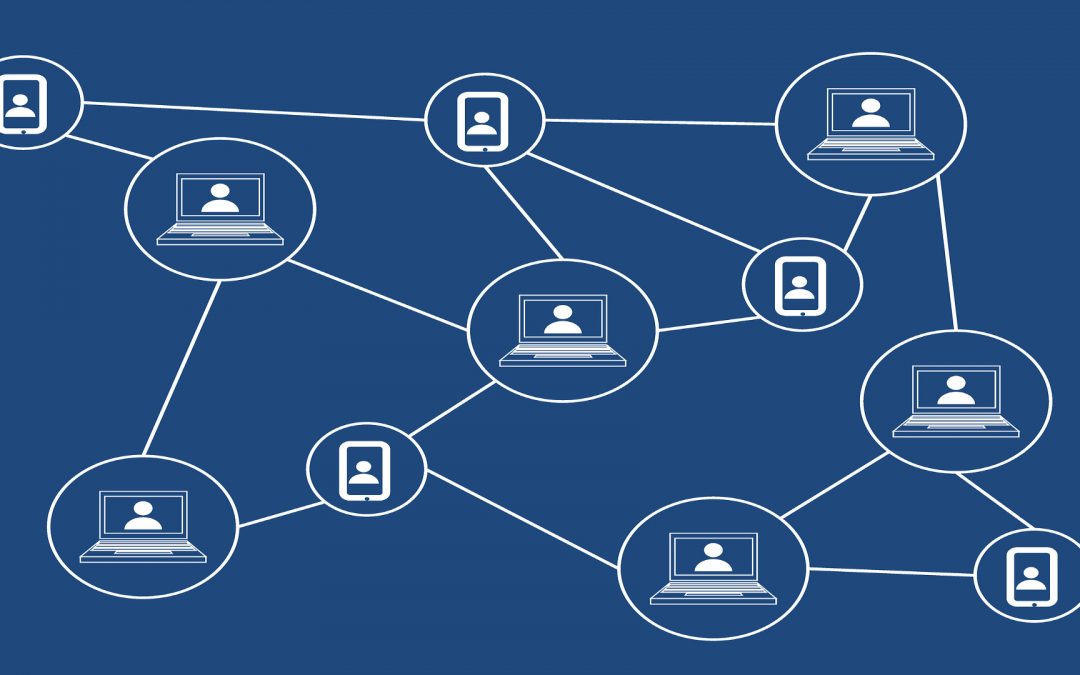 Do you know what it is Blockchain? Read the article to discover more about it and the 4 industries where Blockchain startups can make an impact!

Blockchain is one of the biggest technological innovations of the last decade and Blockchain startups are on a mission to disrupt major industries thanks to their groundbreaking technologies.

It all started as a way to enable a virtual currency, completely anonimous and decentralized.

Blockchain, however, is not just about cryptocurrencies.

It has become, instead, a valid instrument for Blockchain startups to disrupt the industries they work in.

The easiest way to explain Blockchain is to define it a decentralized database that contains encrypted pieces of data.

The most remarkable feature of this technology is that data are distributed through the partecipants of this digital ledger and not copied or transferred.

This is the reason why the Blockchain is a decentralized system. The control and the decision making of the software is spread through the network.

This means that the level of trust partecipants have to put in one another is minimal and no one can extert authority or control over another member.

The ledger, as the name says, is formed by blocks. Each one is interlinked to another, just like a chain, and contains a number of transactions.

As the Blockchain is a decentralized ledger, every time a new transaction happens, a record of that transaction is added to every partecipant ledger.

This is a very synthetic and brief definition of Blockchain. For a further and more detailed explanation we advise you to search for the copious literature available.

The article started with a statement: Blockchain is not only about cryptocurrencies.

As a matter of facts, this technology is present in an incredible ammount of other fields.

The blocks, in facts, can contain more than transactions, but also any kind of data.

To explain this, we gathered four industries where Blockchain can give companies an advantage.

Thanks to Blockchain is possible to develop technologies to improve online advertising platforms.

The main problem is about targeting the user.

Customer recieve dozens of unwanted ads, but on the other hand, advertisers don’t have clear parameters of the impact of the ads.

This is where Blokchain comes in to play, with it’s distinctive transparency.

According to IBM, the use of Blockchain can increase transparency by automate royalty payments, verify the digital supply chian and more.

This happens because the Blockchain’s feature of cutting out intermediaries, being a distributed ledger.

This allows platforms to have a more direct relationship with users or even the brands, for example signing a contract directly between a brand and a pubblication.

An example would be a Blockchain startup like Papyrus, that allows users to know who is paying to advertise to them and where their data is coming from.

Another trend is User Engagment, that means involving the user in having an active role in online advertising.

The Brave browser, for example, not only load pages faster than the average browser by blocking ads and tracker by default, but it also offers a rewards in cryptocurrencies for the attention the user pays to the ads.

Healthcare has always been a priority for every society, and during these times it has proven to be more important than ever.

According to the Wall Street Journal, the U.S.A. is going to spend one fifth of it’s GPD on healthcare.

It’s a considerable ammount of money, and, as a result, many Blockchain startups are working on optimizing the whole system, to allocate correctly the investment.

According to an article by healthcare expert John Halakama, there are two areas where Blockchain can specifically intervein.

First of all medical records. Writing a record on a Blockchain can guarantee and absolute proof that nobody can tamper the data in any way. A feature that can be very important in legal controversies. An example would be BurstIQ, a startup focused on managing the massive amount of patient data.

The second one is medical supply chain managment and drugs traceability. Thank to the decentralization of the ledger, drug producers can operate with full transparency. Once a ledger for a drug is created, it will mark the point of origin (ie. a laboratory).

The ledger will then continue to record every step of the data, including who handled it and where it has been, until it reaches the consumer.

The process can even monitor labor costs and waste emissions.

Among all the others industries, real estate is the one has made more progress with the application of Blockchain. The reason is that, real estate, relies heavily on trust, obtained through transparency: a pivotal feature of Blockchain.

This technology can offer several perks to professionals operating in this field.

Firstly, all the steps involved in buying or selling an house are fully automated and payments can be sent instantly.

Furthermore, is possible to keep the process very efficient, by removing the need for a third party like a bank.

Several Blockchain startups are working on creating a decentraized ledger for real estate.

One example is Propy, that enables to buy houses internationally in a more simplified way, or Shelterzoom, that manages all the aspect of real estate through a distributed ledger.

The music industry is worth billions of dollar, but in most of the cases the people involved in actually producing the music don’t get their fair share of profit.

An article pubblished by Rolling Stone Magazine analyzed the system behind revenues and the production chain of mainstram music.

It appeared as “a laborious process involving various bill-pay systems, a horde of vendors and software platforms, and checking and rechecking all the paperwork.“

Ghazi Shami, founder of world famous music label Empire, is one of the many entrepreneurs willing to solve this problem definitely.

He aspires to use cryptocurrencies to create a faster and more direct way of paying the artists he collaborates with.

This solution could also help to reduce frauds.

Shami states “As a label, you have to do business with all the other labels; there are side artists, clearances, and you’re sharing royalties on things. We could pay each other easier, we could interact with one another in a much easier fashion, we could pay our artists easier, we could track the payments”

There are also Blockchain startups that are working on enabling payments directly from the listener to the artist.

This is a vey important topic, as it give them the chance to work more freely, without the creative control of major music labels.

One of this companies, in particular, is Opus, and in it’s white paper aims to create a seamless music platforms, where the audience and the musicians are interlinked together.

There are severals other industries where Blockchain startups can make an impact and there isn’t one who has a specific advantage over another.

The main point is that a startup, or even a whole industry focuses on decentralization, giving users more autonomy and building a strong, non mediated relationship, then Blockchain can be a solution.

If you liked this article and you want to learn more about international business and startups, make sure to check our blog.