Arya Stark Has a Startup: How Maisie Williams Combined ‘Game of Thrones’ and Building a Business 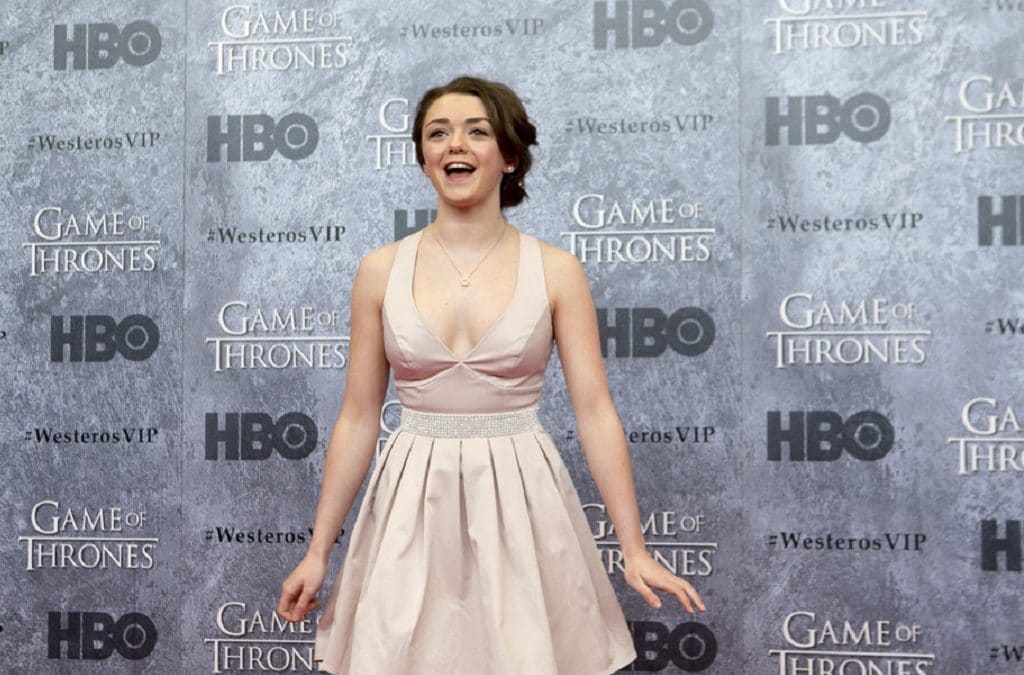 Maisie Williams, The ‘Games of Thrones’ actor, is also the co-founder of a tech startup, Daisie.

You probably know that Maisie Williams, all of 22, has an impressive resume: eight seasons portraying Arya Stark on smash hit Game of Thrones, two Emmy nominations, saving the world by slaying the Night King.

But Williams is even more accomplished than most people realize. She’s also a founder.

Together with her friend, film producer Dom Santry, the British actor co-founded Daisie, a platform for creative professionals to showcase their work and find collaborators.

The London-based business launched this May with a big advertising push in its hometown, quickly racking up 120,000 users, mostly in the U.K. It’s backed by top VCs, including Founders Fund and Kleiner Perkins.

Wired has all the basic details about the company and its future plans, including a push into the U.S. market, but perhaps even more fascinating than these fundamentals is the question of how someone manages to combine shooting an international juggernaut of a TV show with building a startup.

Williams recently opened up to AngelList about her crazy juggling act.

And you thought your life was busy.

Battling the undead and seeking vengeance on the wicked as Arya Stark while shooting season eight of GoT in 2017 and 2018 sounds like a full day’s work, but Williams tells AngelList that when the cameras stopped rolling, her day was far from done.

“When I was shooting, Dom and I would have to FaceTime at 11 p.m. So many huge decisions were made over FaceTime,” she relates. “When I finished the show, I went straight to the office, every day, until we launched our MVP.”

The answer to how she got it done, then, is clearly old-fashioned hustle, but another question remains. How did an actress get involved in a tech startup at all?

The unlikeliness of the jump wasn’t lost on Maisie herself. “When Dom first approached Maisie with the idea for Daisie, she remembers two thoughts rushing into her mind: 1. This is a great idea. 2. I have no idea how I can help,” reports AngelList.

But after speaking to Santry about how to divide up their roles — he took on developing the product and tech, Maisie concentrated on branding, marketing, and community building — she saw a lot of overlap between the skills you need to make it as an actor and those you need to conceive and pitch a business that still exists mainly in your head.

Auditioning, she found, has a lot in common with fundraising. Her work as an actor “taught her, early on, how to summon composure, sell an idea, and earn buy-in from those around her–like investors,” explains AngelList.

Being a performer and having the ability to read a room and set others at ease also helped when interviewing talent.

“Audition experience helped me look at interviews from an interviewee’s perspective. It taught me how to conduct an interview, get what you want from the meeting, and make a good decision,” Maisie says.

Whatever you’re doing, it’s all about vision.

Whether you’re bringing to life the bloodthirsty daughter of a murdered lord or building a tech startup, you need both vision and the confidence to believe in that vision, Williams concludes.

“Sometimes, people will do things because of other people’s expectations, not because it’s their own vision for themselves,” she says.

“But if you can push to see yourself really clearly and know how you help a certain cause, then getting to the end point becomes so much easier. You find that core sense of why you belong. The sooner you can have that discussion with yourself, the sooner you can know what you want for your life, authentically.”