Back to ‘Basket Case’? Myanmar Economy at Risk After Coup 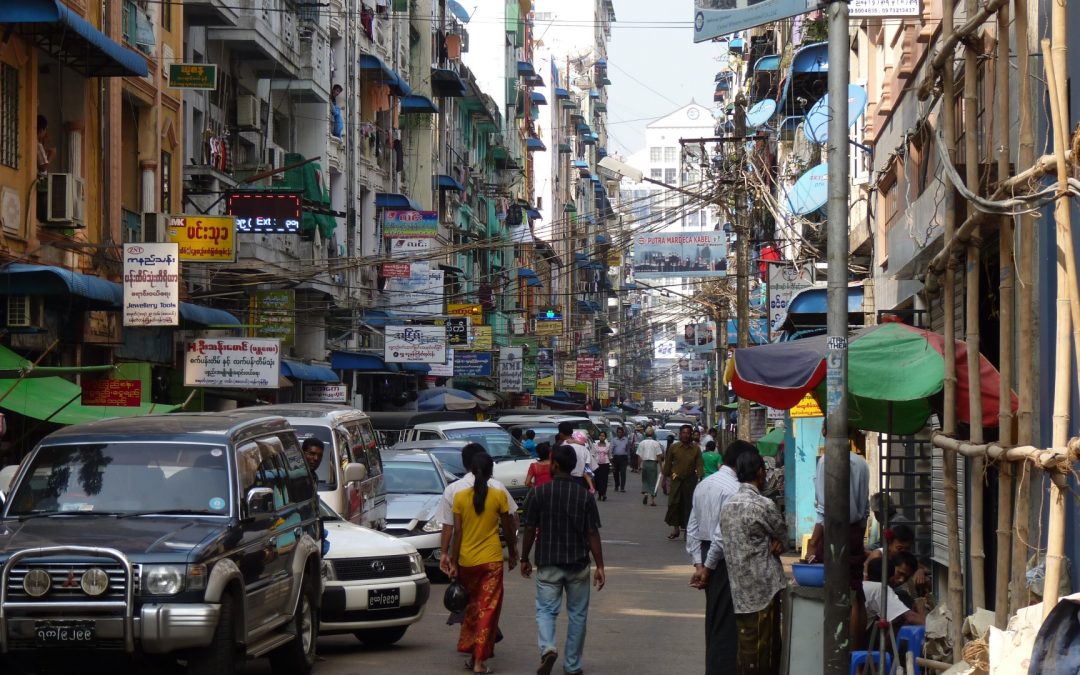 How will the coup in Myanmar affect the economy of the country? Read the article of The Jakarta Post to learn more!

Foreign investors flocked to Myanmar as it began its democratic transition a decade ago, but this week’s military coup is likely to accelerate a trend of Western withdrawal — and China’s expansion. Myanmar’s untapped potential was up for grabs in 2011, when generals in charge of a 49-year junta loosened their iron grip, paving the way for democratic reforms and economic liberalization in the country of more than 50 million people. Investors pumped money into telecommunications, infrastructure, manufacturing and construction projects.

But the buzz was already fading by 2017 for the West, after a military crackdown on Rohingya Muslims in Rakhine state led to allegations of genocide. And the sight of generals running the show again could be the last straw for Western businesses, analysts say.

“Now with the coup, the view would be: basket case, banana republic,” Yangon-based analyst David Mathieson told AFP. “I think what we are going to see is a lot of Western countries going ‘No way.'” Panic over the return to military rule was immediate.

The response reverberated from the outskirts of Yangon — where construction work halted on a Thai-owned $1 billion industrial estate project — to Australia, where a Perth-based resources company developing a silver, zinc and lead mine in Shan State suspended share-trading. In the coup’s immediate aftermath, US President Joe Biden threatened to reintroduce economic sanctions that were formally removed in 2016.

Some targeted sanctions were imposed on key Myanmar military personnel over the 2017 Rohingya crisis. And as the European Union considers an economic embargo, the country’s rag trade industry could be at risk. The garment sector has boomed in recent years, bolstered by scores of international brands such as H&M, Gap and Adidas, which shifted their production to factories in Yangon’s outskirts.

According to Singapore-based Capital Economics, Made-in-Myanmar clothing, footwear and handbags make up three percent of the country’s gross domestic product. But with the military back in power, a Yangon-based private sector source worries for the fate of the industry’s 700,000 workers.

Global heavyweight clothing retailers might look for a “PR bounce” and halt sourcing from Myanmar’s factories, he said, requesting anonymity owing to the sensitivity of the issue. But the unintended impact could be “malnutrition and sex-trafficking” for the mostly female workers.

“The people who are going to suffer are the factory workers… Brash actions from multinational retailers are going to hit them hard,” he told AFP. Already, the country is reeling from the difficult economic headwinds of the coronavirus pandemic, prompting the International Monetary Fund to send Myanmar a $350 million emergency cash package in January.

The World Bank predicted the virus’ impact could increase “households’ vulnerability and potential unemployment”. “Myanmar could lose the gains in poverty reduction achieved in the last decade,” it said in a report last year. But for some of Myanmar’s top trading partners — China, Hong Kong, Singapore and India — analysts predict no major blowback.

If anything, “the coup will push Myanmar even further into China’s arms and the imbalance between Chinese and Western investments in the country will increase”, Francoise Nicolas, Asia director of the French Institute of International Relations, told AFP.

China’s monetary flex is already apparent thanks to its “One Belt, One Road” initiative — an expansive vision for maritime, rail and road projects across Asia, Africa and Europe that features Myanmar prominently. “I don’t think they’re going to be shaken at all,” Mathieson said.

However, Japan — which ranks as Myanmar’s third-largest trading partner — could waver. “The Japanese business community has always been a bit split and this might make it difficult in the near term,” he said. After Monday’s coup, Japanese car giant Suzuki temporarily halted operations at its two Myanmar factories, which produced 13,300 vehicles in 2019 — almost all of which were sold in-country. Suzuki has had operations in Myanmar since 1998, when the country was under junta rule, and it is building a third production plant.

“Our decision to close the factories was aimed at making sure that our people could commute safely,” a spokesman said, adding that Suzuki will reopen doors on Thursday. The only ones celebrating a potential financial windfall from the coup will be the military, with huge business interests spanning jade mining, construction, pharmaceuticals, manufacturing, insurance, tourism and banking.

Mathieson said international mining giants, who already rely on the military for security, will likely be unruffled by the takeover. “This is just fewer phone calls to make,” he said.

Are you interested in discovering more on what’s happening in asiatic businesses? Read our original article about the J-Startup Program, an initiative aimed at scaling local startups.