Cry For Me, Argentina: COVID-19 and Economic Woe 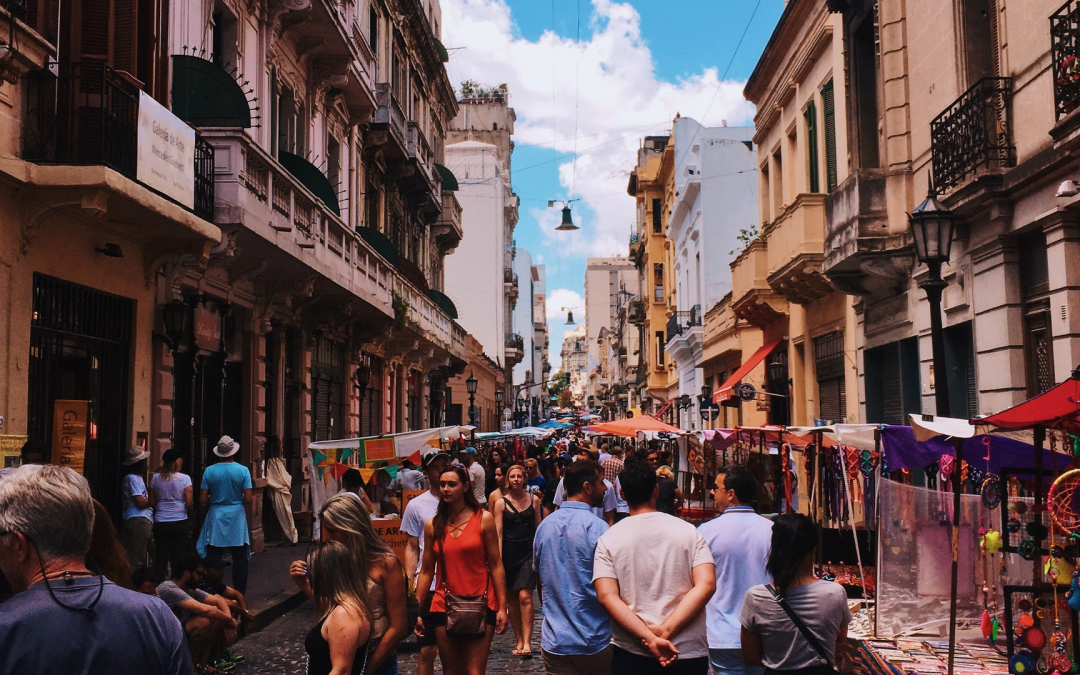 What are the prospects for Argentina and its economy in 2021 after COVID-19? Read this Global Risk Insight article to learn more!

2020 cannot be described as a good year for Argentina. Already struggling with high inflation and a sovereign debt of over $300 billion, the onset of the COVID-19 pandemic confronted the Argentine government with new financial drains and economic hurdles.

In the face of the spread of COVID-19 within Argentina and the states that surround it, the administration of Alberto Fernández implemented a strict lockdown, placing the economy under increased strain.

Many businesses have been badly affected due to the twin impacts of the lockdown and government restrictions which make it harder for companies to take critical measures to relieve their fiscal burden.

For example, though employee layoffs would reduce unnecessary costs to businesses operating with reduced opening hours, the Fernández administration has issued decrees which make taking such steps more challenging.

One, Decree 329/2020, prohibited the dismissal of employees due to a lack or reduction of work while another, Decree 961/2020, had the effect of requiring businesses to pay double severance payments.

As might be expected, these measures have dealt a crushing blow to Argentinian businesses and the country’s prospects for a swift recovery from the crisis.

COVID-19 has also increased the financial difficulties the government is confronting; emergency spending on healthcare measures to deal with COVID-19 and social support for those affected by it meant that efforts to trim the country’s deficit fell by the wayside.

In fact, Argentina is on track for its worst fiscal deficit since records began owing to the aforementioned emergency spending and the government’s extension of its strict lockdown measures. This even in isolation is bad news, but the gravity of the predicament Argentina is facing only becomes starker when the country’s debt situation is taken into account.

With the country’s economy slowing to a crawl due to COVID-19 restrictions, it is highly likely that the country’s debt to GDP ratio will grow to around (if not over) 100% by the start of 2021, a jump from its level of around 90% at the end of 2019. This appears all the more likely when estimations that the country’s GDP is set to shrink by over 10% by the end of the year are taken into account.

As part of efforts to fight COVID-19 and obtain all-important tax revenue, Argentina implemented a raft of policies; though many of these have likely had an impact in slowing the spread of COVID, they are likely to have the unintended effect of slowing Argentina’s economy further and discouraging foreign investment.

For instance, in April the government prohibited the sale of tickets for both internal and international flights until 1st September. Though these restrictions have been relaxed, at the time of writing Argentina’s aviation and tourism industries are still facing significant pressure given that the overwhelming majority of foreign nationals are barred from entering the country until the end of January next year.

This, alongside existing policies such as the various taxes levied on airline tickets by the government, has led the International Air Transport Association (IATA) to predict that over 19,000 Argentinian jobs will be put at risk.

Argentina’s senate also passed a tax aimed at the country’s wealthy in order to help pay for the struggle against the novel coronavirus. Ostensibly a one-off measure, the tax targets those with assets totalling over 200 million pesos (approximately £1.8 million / $2.4 million) and also includes a 50% surcharge on money held outside the country.

Though this policy may well serve to provide the government with much-needed revenue, it has also come under criticism from the political opposition who argue that the tax will discourage foreign investment.

Beyond these tax policies, Argentina’s central bank resorted to printing money in order to cover its spending needs among falling revenues; printing money poses a challenge to the government’s aim of keeping down its inflation, which has been at an overall rate of over 30% up to December. Consequently, it is likely that we will see a rise in inflation over the first months of 2021.

There are some positive indicators towards an improvement in Argentina’s situation. For one, this September the government was successful in reaching a deal with creditors towards the restructuring of $65 billion of its sovereign debt.

This deal will provide much needed financial relief at this critical time and has helped stave off a tenth default. In addition, Argentina is in the process of negotiating a lending deal with the IMF.

Progress on the deal has been described as ‘constructive’; if a good deal is struck it will likely be a boon for restoring investor confidence, which itself would enhance the chances of a speedy recovery by providing valuable capital and employment opportunities.

Nevertheless, obstacles and risks still exist in various areas which the Fernández administration will have to tackle if a swift and sustainable long-term recovery is to be achieved. Rather than increasing the number and rate of taxes as the Argentinian government has done, the relaxation of taxes in areas such as exports would likely ease the burden of the country’s struggling businesses and improve trade.

Currency controls have kept the peso artificially strong against the dollar, but doing this has led to a divergence between the official and black market foreign exchange rates.

This divergence serves to decrease the international competitiveness of Argentinian exporters, forced by capital controls to convert payments in foreign currency at the artificial rate.

Unfortunately, reform in these areas is easier said than done. With Argentina in desperate need of revenue to manage the COVID crisis and pay off its debt among other pressing needs, it appears unlikely that President Fernández will push forward in these areas.