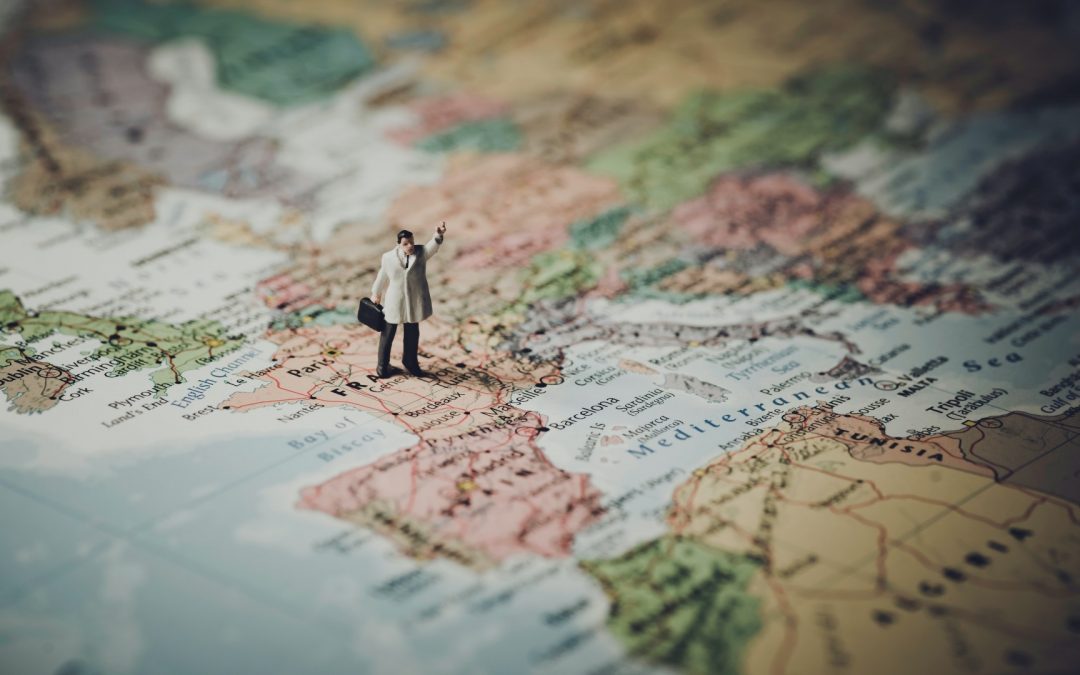 After signing letter of intent, the European Institute of Innovation and Technology and the European Innovation Council are scoping how they can cooperate to de-risk investment in start-ups, providing the inputs needed to scale-up earlier and faster.

The European Innovation Council (EIC) and the European Institute of Innovation and Technology (EIT), are staking out areas of cooperation after signing a letter of intent to coordinate efforts to strengthen Europe’s innovation services.

The two agencies want to help start-ups “make the business case happen earlier, bigger and de-risked”, a commitment that could potentially involve them co-investing in companies. The exact avenues of cooperation have not been decided yet, but some are currently being tested in three €1 million pilot projects.

“They are very complementary organisations, and I think it is really important that we integrate and develop these complementarities and synergies to provide the best service to innovators,” Mark Ferguson, chair of the EIC advisory board and Ireland’s chief scientist, told Science|Business.

The EIC and the EIT’s oldest and most established Knowledge and Innovation Communities (KICs), in digital, energy and climate innovation, signed the letter at the EU Research and Innovation Days meeting at the end of September.

Once the current cooperation is operational, the EIC is ready to open up the collaboration to any EIT KICs, starting, for example, with EIT Health and EIT Raw Materials.

The EIC, launched in 2017 and running in pilot mode until 2021, provides grants and takes equity stakes in start-ups. Meanwhile, EIT launched in 2008, funds eight KICs, which consist of networks of universities and companies, helping translate research to market.

Despite some scepticism at the time, former EU research commissioner Carlos Moedas, who championed EIC in 2017, argued the two innovation bodies would – whilst being complementary – serve different purposes.

While the primary objective of the cooperation is to deliver better support to European innovators, a secondary political goal is to demonstrate both agencies bring something to table, says Marja Makarow, member of the EIC advisory board and former member of the EIT governing board.

“Both programmes must prove their necessity. If there are overlaps, one starts asking if we are paying twice,” Makarow, director of the research network, Biocenter Finland said. “But this is not the case. The EIT and EIC have very different ways of working, but share the mission, translating Europe’s research strengths into jobs and growth.”

The climate, energy and digital KICs that signed the letter of intent were each awarded €1 million to test potential synergies. Meanwhile a joint EIT/EIC board is exploring ways to cooperate.

Ferguson does not expect each avenue to bring results but said trying them out is an important next step. “The letter of intent set common principles and commitments and that is useful, but actually you need to get off the ground operationally,” he said.

A closer cooperation between the two institutions is seen as one route to narrowing the innovation gap between the east and west of Europe.

EIC directly funds tech start-ups, while the EIT provides training for SMEs in regional hubs, many of them in eastern Europe. By pooling their efforts, it is hoped to help companies from underperforming countries secure more funding.

“We can get to a more level playing field. It’s a good thing to do, but also good business,” said Ferguson.

Makarow said one positive outcome would be that SMEs and start-ups awarded the EIC seal of excellence – given to high quality proposals that fail to secure funding – would get access to KIC training and education resources.

Few companies from the countries that score modestly in the EU’s Innovation Scoreboard get EIC funding, but a large proportion are awarded the seal of excellence. With extra training from EIT, paid for by EIC, more could pass the threshold for EIC funding, bringing more innovation funding to newer EU member states.

The EU has been making attempts to close the innovation gap through various measures in recent years. In 2019, EU policymakers agreed to allocate 3.3 per cent of the budget the 2021 – 2027 research programme Horizon Europe, to ‘widening’, an initiative to boost R&D in the EU13. Now, the commission is drafting plans for a revamped programme, Widening 2.0.

In addition, it was agreed member states could spend up to five per cent of their EU regional development funds on research and innovation projects that fail to secure Horizon Europe funding, but meet excellence standards.

Witnessing the signing of the letter of intent, EU research commissioner Mariya Gabriel called the agreement between the EU’s two innovation agencies “a stepping stone in creating the European Innovation Area”.

Ferguson says the EIC/EIT cooperation is only the first move in creating synergies with other parts of the Horizon Europe programme and other innovation players. Next, the EIC is planning to work with the European Research Council (ERC), to help commercialise innovations arising from ERC’s proof-of-concept grants.

EIC also plans to invite EU27 national innovation agencies to join the EIC Forum, due to launch next year, which will take an overview of innovation policy.

But as Makarow notes, not all member states have their own innovation agencies, making it difficult to bring everyone to the table. “I hope the forum will inspire those countries that do not have an innovation agency to establish something that could serve that purpose,” she said.