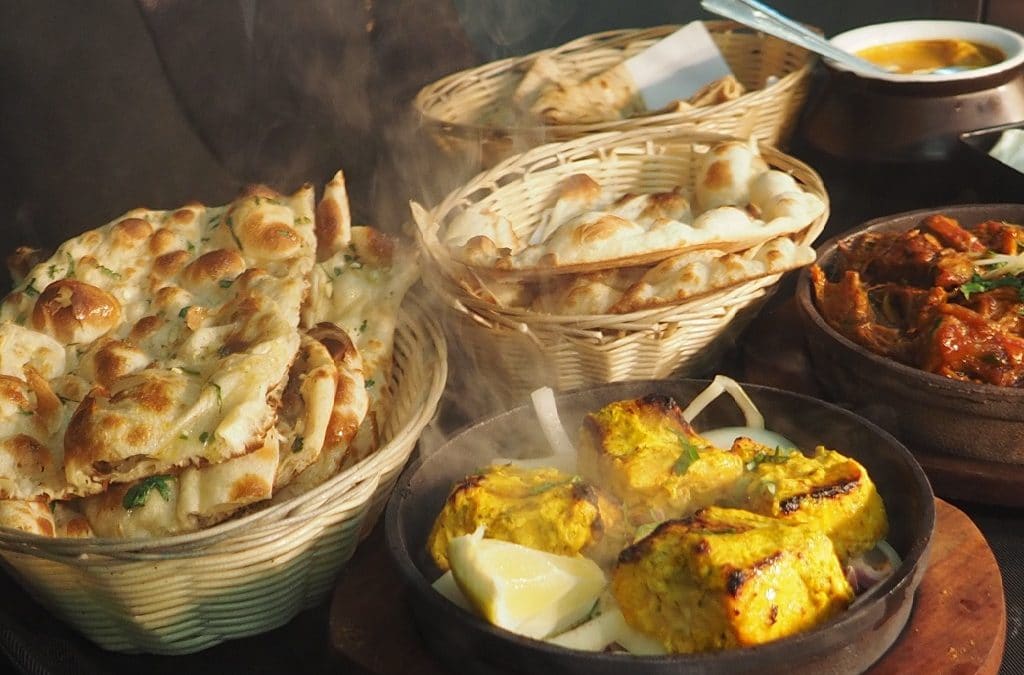 Mumbai-based Rebel Foods recently closed a $125 million funding round and is expanding quickly.

“The recipe was lost forever when King Cyrus laid siege to Behrouz until it was discovered amongst the ruins,” the story reads in part. “With this Biryani, we have brought back to life this lost recipe.”

Diners are invited to read the entire account, which extends to 14 chapters and describes a protracted war between two ancient Persian kingdoms.

The whole thing is made up—a canny exercise in myth-making that has helped turn the meal (named Behrouz after the fictional conflict) into a top-seller and the first branded version of India’s unofficial national dish.

Rebel Foods calls itself the World’s Largest Internet Restaurant Company, a boast that’s hard to disprove because there aren’t many chains quite like it.

Founded by a McKinsey & Co. alumnus named Jaydeep Barman, the company serves a dozen different menus with everything from cheese-loaded Italian pizzas to 99 variations of the dosa, a popular south Indian lentil-and-rice crepe.

All of the food is cooked in more than 200 cloud kitchens, so-called because these centralized operations serve farflung customers who have no idea where their food is coming from—much like cloud computing services. It’s become the go-to business model for food delivery companies looking to side-step the costs of running traditional restaurants with seating and wait staff.

The company, which is valued at $525 million, says it more than doubled sales last year and is now expanding into Southeast Asia and the Middle East.

Over the next 18 months, Rebel and Gojek will build 100 Indonesian cloud kitchens dishing out biryani, pizza, Chinese food and local fave Nasi Goreng. Rebel plans to open 20 kitchens in the United Arab Emirates by year-end.

“Cloud kitchens are red hot because they add a fast-delivery layer on top of restaurant brands, allowing them to scale quickly,” says G.V. Ravishankar, the Bangalore-based managing director of Sequoia Capital India. He says Rebel Foods is well positioned because young diners in India and beyond are eager to try new foods and flavors.

Around the world in recent years, a crop of food delivery companies like Munchery, Sprig, Maple and SpoonRocket raised tens of millions of dollars only to fail.

There was no shortage of demand for their services; many millennials would rather order in than cook at home, and UBS’s Evidence Lab predicts the global food delivery market will grow tenfold by 2030 to $35 billion. The first wave of food delivery startups were felled by steep operational costs and profit-gobbling discounts.

Barman, who is 45, runs Rebel Foods from an office park in the Bhandup West area of Mumbai and grew up in the food-mad city of Kolkata.

His career took him to Switzerland, the U.K. and France, and he realized that, despite the farflung popularity of the cuisine from his home country, there isn’t a single global Indian food brand.

The triumphant 2010 IPO of the Indian operator of the Domino’s pizza chain was a sign that it was time to return. He quit McKinsey just a few months from becoming a full partner.

Back in India, Barman teamed up with INSEAD business school classmate Kallol Banerjee in 2012 and started a brick-and-mortar restaurant chain called Faasos that sold kebab wraps. With Sequoia as an early backer, they opened about 50 locations.

But crippling rents prompted the duo to shut down the operation three years later and switch to cloud kitchens. “We went completely dark and saw the light,” Barman says.

Ghost kitchens have also caught on in the U.S. and Europe and have various permutations. Uber co-founder Travis Kalanick owns CloudKitchens, which doesn’t operate any restaurants but rents cooking space to the likes of fast-casual chain Sweetgreen.

London-based Deliveroo plans to use some of an Amazon-led $575-million funding round to expand its network of cloud kitchens.

On Rebel’s home turf, delivery startup Swiggy, backed by Naspers and Tencent Holdings, is building out its own ghost cooking operation, Swiggy Access.

Like Kalanick, Barman wants to upend a dining business model invented centuries ago and forge something better suited to the times. “It’s useful to have a solid headstart,” he says.

Rebel Foods says its 235 kitchens in 20 cities produce 2 million orders a month. Most are located in industrial complexes, first floor walk-ups or side alleys where rents are low and capacity is not a constraint.

The kitchens are all built from the same template—the cooking and prep equipment stackable and space-saving.  Pizzas move along a conveyor belt from prep to oven to carton. The printer spewing out online orders makes a different sound depending on the restaurant brand.

A kitchen in Mumbai’s Vikhroli industrial suburb is crammed into 800 square feet. Every square inch of the space is filled with freezers, shelves brimming with kitchen equipment and prepped ingredients. During the lunch rush one recent day, about two dozen apron-clad men and women are preparing orders (two shahi biryani, four paneer piquante pizza, bhuna chicken wrap, butter chicken royal meal) streaming in by phone and app—all the while trying not to collide with one another.

With each order, the kitchen becomes more frenzied. The finished dishes arrive in bowls, trays and small cartons at a small pickup counter, where they are whisked away by an endless stream of delivery boys, who roar off on a fleet of motorcycles and scooters and fan out across the neighborhood.

The kitchen produces about 60 lunch orders during the week and triple that on weekends. The entire Rebel Foods operation runs the “equivalent of 1,600 restaurants,” says Ankur Sharma, Rebel Foods’s senior vice president of product and supply chain.

Besides harnessing the cost-saving power of cloud kitchens, Barman and his partner leaned heavily on marketing lessons from business school. Each of Rebel Foods’s dozen brands has a back story—the more kitschy the better.

Chinese dishes from Mandarin Oak were supposedly created by a monk who lived in an oak forest in China’s Shaanxi province. Slogan: Explore Heavenly Chinese from a Wise Monk’s Wok!

Firangi Bake sells Indian versions of lasagna, quesadillas and mac cheese, lovingly prepared by the “mystical chef” Guru Firanga “with flavors from around the globe.”

The expansion hasn’t been without challenges. Indian dishes vary from one region to the next—biryani recipes change every 100 miles or so—forcing Barman to set up a food lab and standardize the menu in a way that provides consistency while catering to regional sensibilities.

The quality of ingredients also varies wildly across the country; paneer, a cottage cheese found in many Punjabi dishes, can be more or less fatty and sugary. If it isn’t kept cold, the cheese can spoil quickly; without the right fat content, it can turn tough. So Rebel selected one paneer supplier and helped the company expand India-wide to feed its kitchens.

Gig-economy companies suffer high employee turnover, and Rebel is no exception. To ensure that kitchen staff make the individual dishes consistently no matter how long they’ve worked there, food engineers created pre-prep items such as a 36-spice biryani blend.

“That takes the judgment out,” Barman says. Each dish has been deconstructed to create an exact timeline; for instance, workers can churn out dosas every two minutes.

In a team-building exercise, the cooks huddle three times a day and scream: “Tasty tasty, fresh fresh, that’s why Rebel is best best.”