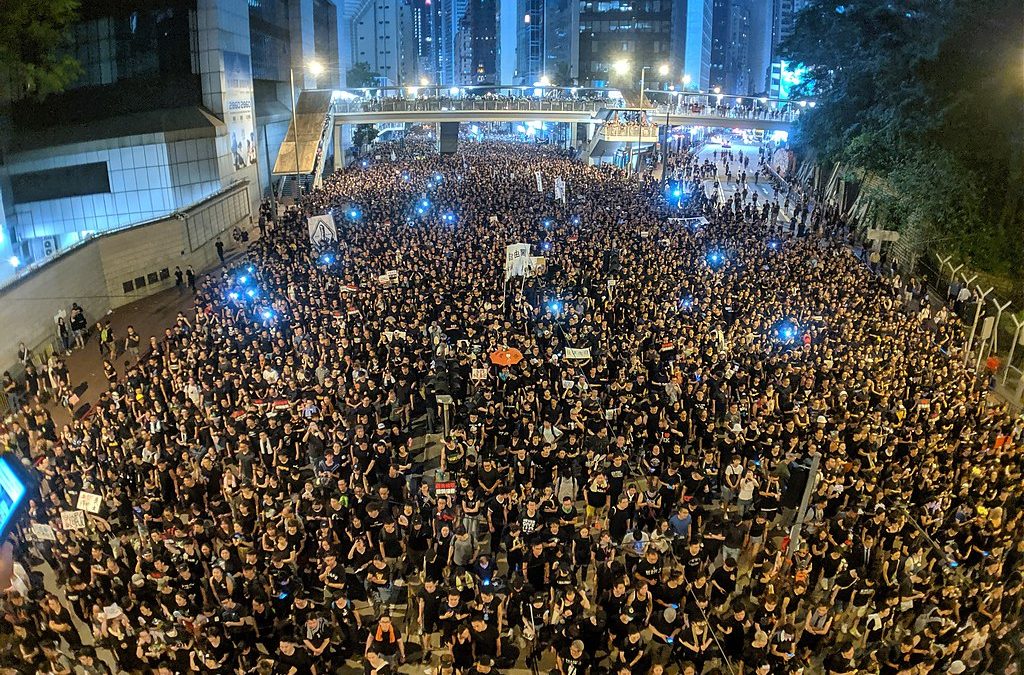 The trade war between Usa and China could be affected by a third Country; Hong Kong Government is proposing an extradition law that would upset Asian markets.

This trade war is not about trade gaps and the price of entry into the mainland China consumer market.

This weekend, Hong Kong became another variable that threatens to upend relations between the world’s two economic superpowers.

By some estimates, nearly two million people took the streets of Hong Kong on Sunday to rally against the possible passage of an extradition law that undermines the One Country, Two Systems model.

The same happened on Tuesday evening and into early Wednesday, when Hong Kong agreed to postpone the extradition law favored by Beijing.

The laws passing could scare some companies away, says Michael Every, head of Asia-Pacific financial markets research for Rabobank in Hong Kong.

“Foreign firms could leave Hong Kong for Singapore, where you won’t be at risk of ending up in the Chinese judicial system,” he wrote in a note on Monday, going so far as to speculate that Washington could conceivably remove its recognition of Hong Kong’s special commercial status with the United States.

“Tariffs on Hong Kong”, Every writes, “threaten the Hong Kong dollar currency peg to the U.S. dollar because their ability to earn in dollars shrinks if there are new trade frictions because of this.

This would ruin Hong Kong as an alternative route for mainland China exports into the U.S., avoiding trade war tariff rates.

“The extradition bill imperils the strong U.S.-Hong Kong relationship that has flourished for two decades,” Bloomberg reported her as saying.

“Congress has no choice but to reassess whether Hong Kong is ‘sufficiently autonomous.’”