Marc Benioff Says Capitalism Is Dead. Here’s What He Thinks Needs to Replace It 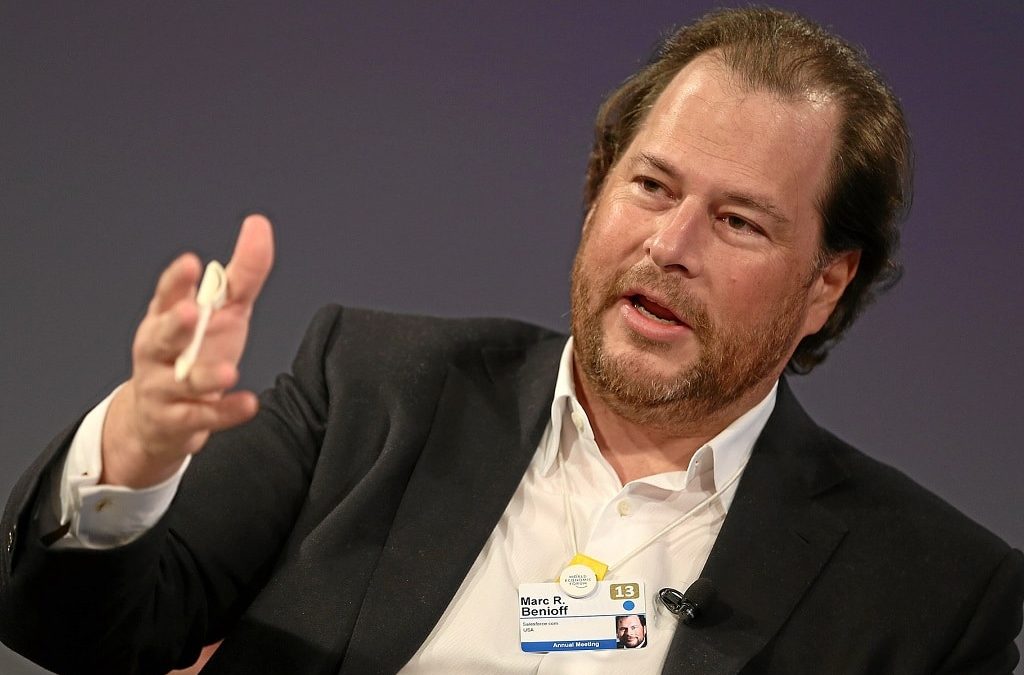 Marc Benioff, Salesforce founder and co-CEO, is arguing for a new form of business where values create value.

On Tuesday, just ahead of the release of his new book, Trailblazer, the Salesforce founder and co-CEO told Fortune that businesses need to adopt a “new capitalism” based on fairness, equality, and sustainability for both stakeholders and shareholders.

He used his own San Francisco-based company as an example: Salesforce’s “1-1-1 model” of giving 1 percent of your product, equity, and employee time to philanthropic causes has been adopted by 9,000 other businesses, Benioff says.

At the core of Benioff ‘s new capitalism is the concept that “values create value,” which only works when a company’s values are baked into its daily operations, rather than preached but largely unfollowed.

The best way to do that, he says, is to “operationalize” those values–Salesforce’s are trust, customer success, innovation, and equality–by filtering every decision and thought process through them.

Ask yourself the following questions, he suggests:

The equality aspect is particularly notable for Salesforce. In September, former chief people officer Cindy Robbins told Inc. that the company had spent more than $10 million since 2015 to close its gender-based pay gap. She recounted pitching the idea of a pay audit to Benioff, who now wishes he had learned about how to do so in school.

“When I went to business school, which was from 1982 to 1986 at USC, I didn’t take any classes on equality,” Benioff told Fortune. “Or on sustainability. Or on stakeholderism. I took none of those classes. The classes I took were on accounting, marketing, organizational behavior, leadership. That’s what business was. Well, that’s not what leadership and business is today.”

“To my fellow business leaders and billionaires, I say that we can no longer wash our hands of our responsibility for what people do with our products,” he wrote. “Yes, profits are important, but so is society. And if our quest for greater profits leaves our world worse off than before, all we will have taught our children is the power of greed.“