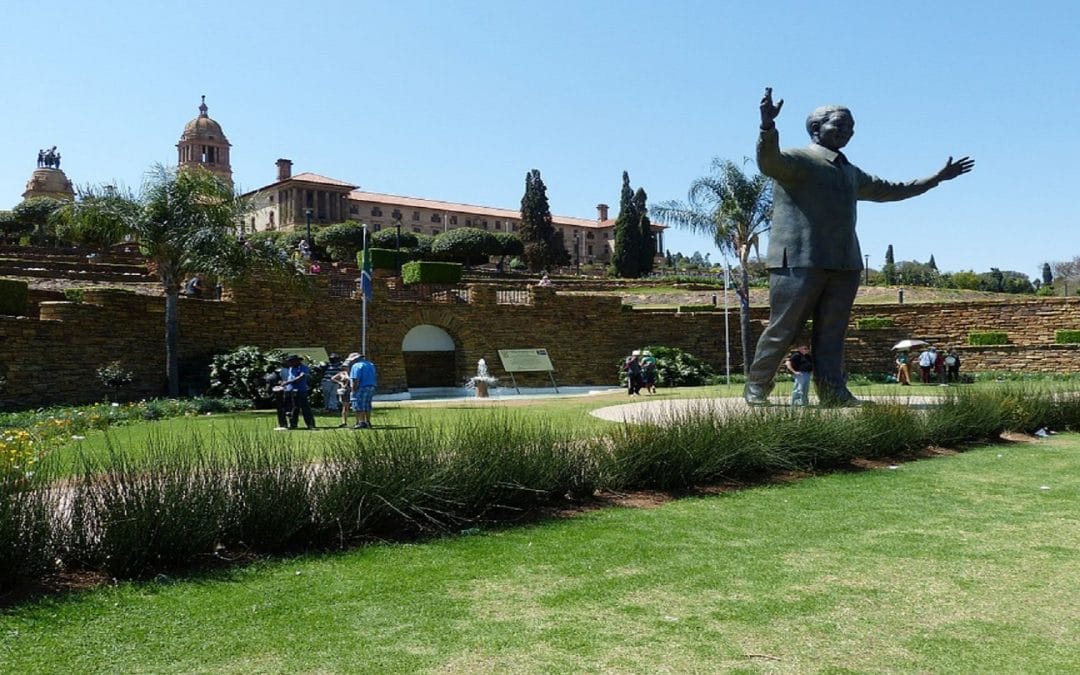 Now the country’s economic envoy, the politician is on a mission to boost investment in South Africa: “It’s about creating channels of communication,” Trevor Manuel explained of his visit to Ireland.

The former South African anti-apartheid finance minister, who’s now an economic envoy for the country, is on a mission to boost investment in an economy which flits between first- and second-biggest on the African continent

Manuel’s trip is a manifestation of president Cyril Ramaphosa’s aim of attracting $100 billion worth of investments globally. Although his primary job while in Ireland is to officially open a Nelson Mandela exhibition, he’s lined up meetings with Government agencies, businesses and university researchers.

One such meeting is a business round table with members of the British Irish Chamber of Commerce, devised to explore new trading opportunities.

“I thought it appropriate to do what I’m doing on the request of the president – that is, to talk to prospective investors,” he told The Irish Times over coffee at Dublin’s Conrad Hotel. “There’s a very good reception, South Africa is known by a whole range of Irish people,” he said.

Be that as it may, there are always opportunities to boost investment and, after meetings in Dublin, Manuel’s message to prospective investors was that his country is very much open for business. Opportunities are clear in areas including financial services, energy, sport and the food sector, he explained.

He believes with Brexit in particular, South Africa’s star is rising.

“The big selling point is that there’s a rebuilding of the economy. It is an economy that has a fair amount of sophisticated systems, that in the main – because it’s English speaking – has regulatory systems that make sense and it’s a country that has phenomenal utility value as an access point to reach other countries.

“Let’s take the UK as an example. There are some severe labour shortages in the [UK’s] agricultural sector. So, what the food chain stores do is they purchase from South Africa. Things as perishable as salads would be cultivated, harvested, washed, packed, priced, stuck into a container and by seven o’clock the following morning could be in stores in London. That’s the kind of speed, and you take out of play the labour insecurities in the agricultural sector in the UK.”

Additionally, with the recently signed African Continental Free Trade Area Agreement, the continent as a whole is becoming far more accessible. What differentiates South Africa, for now at least, is its governance.

“I think since president Ramaphosa being elected, he’s not going to get to deal with all the challenges that exist in South Africa, but there’s a clear perception among the business community that there’s renewed interest in investing,” said Liam MacGabhann, Ireland’s Ambassador to South Africa.

“With an election likely in the first half of next year, Manuel believes Ramaphosa will be returned as president”.

“So if Irish companies or any business wants to look at the Southern African regions to do business in, South Africa is the hub to do their business from,” he said.

But perceptions have suffered over the past number of years during Jacob Zuma’s nine-year reign. Is there still some underlying political risk?

“If you say political risk, an analyst working for a ratings agency will take a certain view of it,” Manuel said.

Nevertheless, he sees stability ahead. With an election likely in the first half of next year, Manuel believes Ramaphosa will be returned as president. “He’ll be returned with a mandate that will allow him have a greater impact on policy and direction,” he said.

That’s undoubtedly positive for companies looking to set up a South African operation. Over the period of almost a decade, contact with the investor community declined significantly, Manuel says. In some respects, his resignation as finance minister, coinciding with the global recession, started a reversal in the country’s fortunes.

After his resignation letter was leaked in 2008 the rand tanked – a fact that makes Manuel uncomfortable. Although he returned briefly, the interpretation of the markets signalled to him it was time to move on.

“It confirmed for me that I’d been in the position of minister for finance for so long that there’d been a conflation between my name and personality on the one hand and perceived macro-economic outcomes on the other. If you do that, then you endanger democracy. So I had to see the president and say to him I couldn’t continue as minister for finance.”

That he did, although he ended up staying in cabinet until 2014 as he devised a national development plan.

Now, as economic envoy, his focus is on attracting investors – something he has some experience of. One such example is a discussion with Tony O’Reilly in the mid-1990s around establishing Independent News and Media’s presence in South Africa.

“Nobody went to Tony O’Reilly and said ‘can you establish INM in South Africa’. Because of his own entrepreneurial flair, he could do the numbers and put it together… you can establish the link and facilitate it.”

O’Reilly’s investment, he says, only came because relationships were strong between him and president Nelson Mandela.

Manuel is pushing to build new relationships and, although they are still formative, he’s making progress.

With Ramaphosa setting an ambitious $100 billion aim, how much does he expect Irish companies to contribute?

“I’m not putting a number on it, but you feel there’s potential and it’s about relationships. Relationships first, then the power of numbers.”

This site uses Akismet to reduce spam. Learn how your comment data is processed.