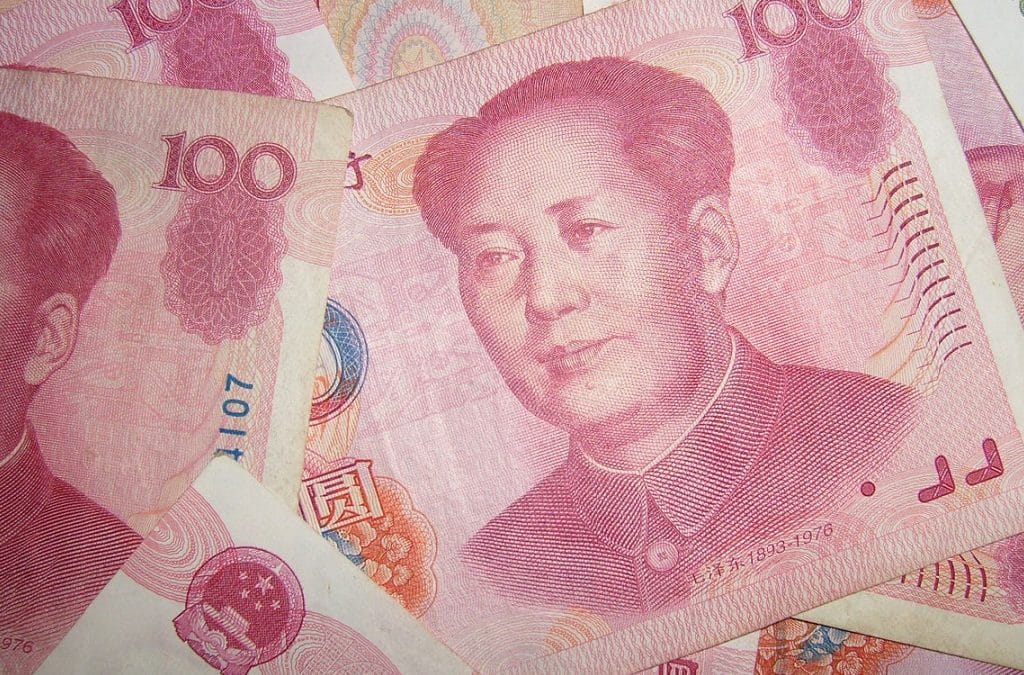 Last week’s announcement by Trump of more tariffs coming for everything shipped to the U.S. from China and Monday’s move by Beijing to allow for a weaker yuan begins Act III in the trade war.

Treasury just hit China with currency manipulator status after market hours on Monday. It came at a time when nothing was trading. Investors were stuck in the Twilight Zone. Tuesday morning is going to be a madhouse rush for “sell China” orders by the algos. Wait for it.

As one hedge fund manager told me, “we’ve just thrown gasoline on the fire.”

Currency manipulator status gives Beijing less wiggle room because if they weaken the yuan to make up for tariffs, tariffs will likely go up to compensate.

We are in unchartered waters. At risk is what amounts to sanctions on key U.S. commodities like soybeans and pork by the Chinese government, and political risk involving Hong Kong as civil unrest continues there, putting its special trade status in the crosshairs of a China-bashing American Congress.

President Trump told reporters last week that he figured China would depreciate the yuan in response to his plan to hike tariffs to 10% on the remaining balance of China imports by Sept 1.

In isolation, a 10% tariff on $300 billion in combination with a 10% yuan depreciation would be functionally equivalent to Chinese households writing a check for $30 billion to the U.S. Treasury. “Trump may not have gotten Mexico to pay for its border wall, but he is getting China to pay (the government) for its tariff wall,” says China bear Brian McCarthy, chief strategist for Macrolens, a big picture investment research firm.

Meaningful and enduring negative feedback about China will lead to extreme financial market volatility in Asia, especially in China’s mainland equity market where a gambler’s approach to trading by the dominant retailer investor class there might cash out. And why not? China’s mainland stock indexes are up over 20% this year and this may be seen as the time to take money off the table.

Short sellers shouldn’t discount the possibility of the People’s Bank of China pumping money into the A-shares this week.

It’s too early to start expecting widespread defaults on China’s corporate dollar-denominated debt (which some firms estimate to be around $800 billion). A default would deal a harsh blow to foreign investors who have been big buyers of Chinese bonds as that market opens up and joins the major indexes.

The transmission mechanism from yuan devaluation to global securities is expressed more obviously through Europe and other emerging markets, especially those heavily linked to China — such as South Korea and Brazil. Both currencies had an ugly looking chart on Monday.

Meanwhile, the Fed can potentially isolate the U.S. economy from any economic fallout by cutting rates. Though this opens up a whole other can of worms, namely rates sinking to zero in the event of a recession.

The yuan settled at 7.05 to the dollar today after the central bank set the daily rate at just over 6.9 to the dollar. The currency is allowed to trade within 4% of that daily fixed rate. The yuan is now at its weakest level in over 10 years.

“There is a specific logic and order of operations with respect to the tit-for tat retaliation likely to play out that will not result in longer-term inflation, but will instead create conditions for deflation and negative nominal interest rates along the U.S. maturity spectrum if a longer-term trade compromise cannot be reached,” he says.