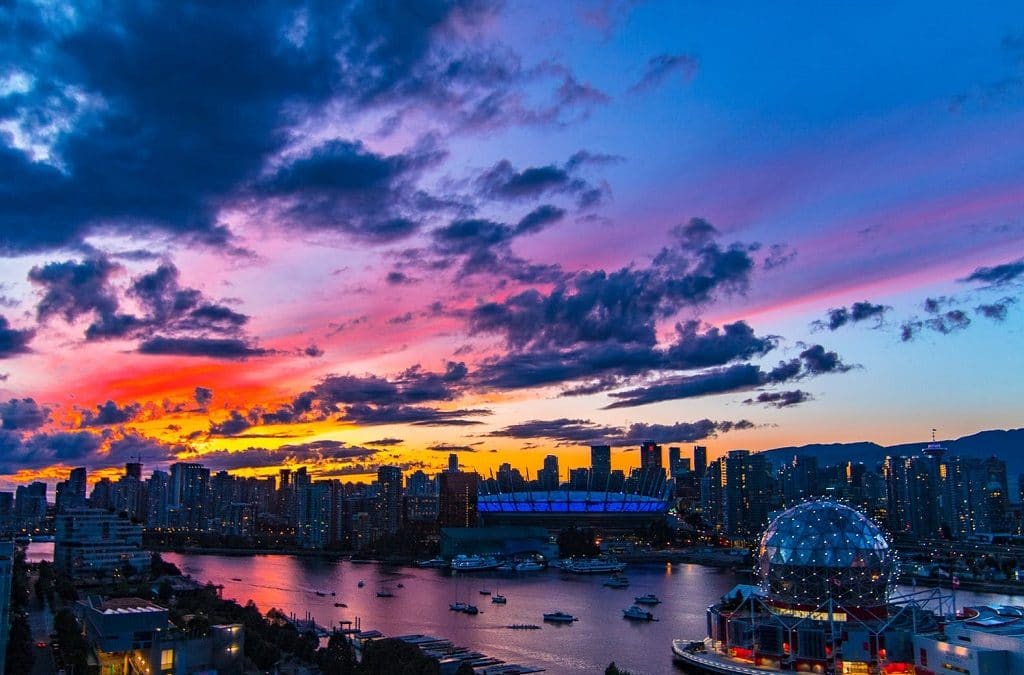 Vancouver is one of the biggest surprises on CBRE’s 2019 ranking of the best cities for tech talent, jumping 12 spots to No. 12 from No. 24.

If staggering rent prices in San Francisco and Seattle are too off-putting for tech graduates, they have a new option: stay put.

Growth in tech jobs is spreading to smaller markets more than ever, accelerating a trend two years in the making, according to an annual report by real estate firm CBRE.

While hotspots such as Silicon Valley and Seattle continue to swell, jobs in these markets are reaching an inflection point, prompting companies to uncover talent at the source: universities.

Smaller tech hubs including Vancouver, Portland, Oregon and Madison, Wisconsin are the biggest beneficiaries as hulking tech enterprises expand their presence beyond their home bases.

The report includes a yearly ranking of the 50 best markets for tech talent based on factors such as labor costs and the percent of jobs in a city that are tech-related.

No cities fell out of the top ten, though Toronto—which posted the strongest five-year labor pool uptick at 54%—leapfrogged Washington, D.C. to take third place behind the San Francisco Bay Area and Seattle.

“The amount of tech talent available in North America is very tight and limited, so employers are having to go to markets—oftentimes, small markets—to uncover new opportunities for growth, because talent and innovation can be anywhere,” says Colin Yasukochi, CBRE’s director of research and analysis.

Jobs in technology are growing in and outside the tech industry, as businesses increasingly need tech employees to run operations in the digital age.

“Oftentimes it’s easier for individuals who are more accustomed to that particular area and lifestyle to want to work in their hometown or these smaller towns than it would be to move to a major market on the coast,” he said.

Vancouver made the biggest jump in CBRE’s rankings, to No. 12 from No. 24, in part due to its strong universities.

Yasukochi said the Canadian city is a top candidate to break into the top ten thanks to the added benefit of proximity to established tech strongholds on the West Coast.

This regionality is also a reason Portland rose five spots to No. 16. But geography is not a prerequisite for a city to become a tech hub.

The formula, according to Yasukochi, is an untapped labor market, a supply source for talent and the capacity to absorb more jobs.

It’s what has allowed cities not traditionally associated with tech—such as Orlando, Cleveland and Detroit—to show the strongest “momentum,” a measure of employment growth in the past two years compared to the prior two years.

Detroit, for example, is attracting nearby college graduates for jobs in the auto industry as autonomous vehicles become more prominent.

The CBRE report also identified underdeveloped markets that could become tech hubs. These include Tucson, where the 15,700-person tech workforce represents a 90% increase from five years ago.

Many of the top candidates are in the Midwest or the South, cities like Des Moines; Louisville, Kentucky; and Columbia, South Carolina all exceeded labor pool growth rates of 25% and wage growth rates of 10%.

“Many of [these cities] are transforming to a more tech-oriented employment structure,” Yasukochi says “Tech employers are looking into those areas and providing the kind of infrastructure to build a small but budding tech ecosystem with startups and other services that sort of facilitate the incubation of tech companies.”

Among the top ten markets, Washington, D.C.’s tech workforce grew the most slowly at 2.2%, which Yasukochi attributed to the decline of government jobs.

Even so, the U.S. capitol and New York, which placed fourth and fifth this year, are poised to move up the rankings, Yasukochi said.

Both cities produce many tech graduates, and will be better positioned to retain talent as tech giants like Amazon and Google complete expansion plans nearby.

Austin, Boston, Denver, Atlanta, and Raleigh-Durham round out the top ten. Raleigh-Durham and Denver swapped places in this year’s report, while the other cities remained unchanged compared to 2018.

Yasukochi suggested the top ten may experience greater flux moving forward because they are outmatched in one key category: cost, both for wages and real estate.

According to the report, the one-year cost of a 500-person tech firm with a 75,000-square-foot office is $59.7 million in the San Francisco Bay Area, compared to $37.5 million in Madison.

As the tech sector continues to grow against a constrained workforce, Yasukochi suggests the trend towards smaller markets could continue to intensify.

“Tech is just an industry that’s outperforming the overall U.S. economy by a substantial amount and we don’t really see that ending in any way. It’s just something that will continue to occur as the new economy becomes more and more concentrated on what is currently a competitive advantage for North America.”