What is the Irish Backstop? All you Need to Know About the Border Dispute Blocking an Orderly Brexit 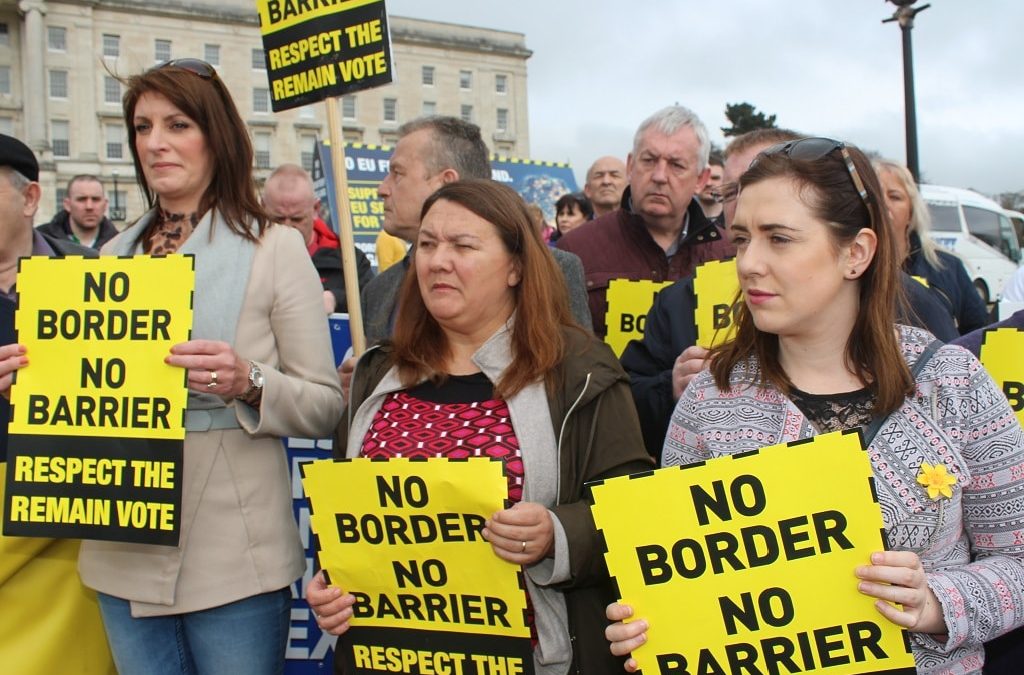 The nature of the Irish border post-Brexit is a major sticking point in negotiations between the British government and the European Union.

Both sides agree, whatever the outcome of Brexit, that checks along the Irish border must be avoided.

But, with less than 50 days to go before the world’s fifth-largest economy is scheduled to leave the bloc, Brexit negotiators have been unable to reach a consensus on the terms.

It is a matter of great political and diplomatic sensitivity, with the 310-mile frontier set to represent the only land border between the U.K. and the EU from October 31.

What Does a Backstop Mean?

A position of last resort, the controversial “backstop” plan is essentially a legally-binding insurance policy.

It is designed to ensure there is no hard border between the U.K. province of Northern Ireland and the Republic of Ireland whatever the outcome of future trade talks between the U.K. and the EU.

The backstop plan, which the EU has insisted must be part of any Brexit deal, would involve the U.K. maintaining a very close relationship with the bloc for an indefinite period.

It would apply if the U.K. failed to agree a final deal at the end of a transition period, or if that final deal does not guarantee a soft border.

It would not apply if Britain leaves without a deal.

Why Does it Matter?

There is a broad consensus across the U.K. and the EU that the Irish border must remain as open as possible, amid fears Brexit could reignite tensions behind “The Troubles” — a 30-year conflict over Northern Ireland’s status as part of the U.K.

Presently, there are no customs or regulatory checks on goods passing between Northern Ireland and the Republic of Ireland.

That’s because the EU’s single market and customs union arrangements make it easy for people, goods and services to cross the border, with both nations following a similar set of rules and regulations.

But, after Brexit, that could all change.

The two parts of the island of Ireland could be in different customs and regulatory regimes. This, in turn, could lead to an increase in safety checks, delays and surveillance at crossing points.

British Prime Minister Boris Johnson has said a revised Brexit deal must include the “abolition” of the backstop.

The former London mayor has warned the policy would mean “signing away” the U.K.’s economic independence.

Many lawmakers from the ruling Conservative Party fear the backstop plan could be used to permanently trap the U.K. in the EU’s customs union, preventing the country from negotiating its own trade deals.

Instead, some Members of Parliament (MPs) have called for either a strict time limit on the backstop or a measure which would allow the U.K. to unilaterally end it.

Opposition to the backstop eventually led to the resignation of Prime Minister Theresa May earlier this year.

How Does Backstop Work Exactly?

Initially, the backstop required Northern Ireland to be kept very closely aligned to EU customs laws in order to remove the need for physical infrastructure on the Irish border post-Brexit.

The version of the Withdrawal Agreement, signed by Theresa May in November 2018, expanded this deal to cover the whole of the U.K. — at the insistence of the Democratic Unionist Party (DUP).

The DUP, which had propped up May’s Conservative’s minority government in Westminster, strongly objected to the possibility of a virtual border between Northern Ireland and the rest of the U.K.May’s successor no longer enjoys the same majority.

This turn of events has prompted some senior government ministers to publicly hint that a backstop that only applies to Northern Ireland may now be the best option left open to Downing Street — if Johnson is to fulfil his promise of leaving the world’s largest trading bloc by Oct. 31.

Johnson has since ruled out of the idea of a Northern Ireland-only backstop, telling viewers of a Facebook live that this option “simply doesn’t work for the U.K.”

Under the current text of the Withdrawal Agreement, the backstop policy would be invoked at the end of a transition period in 2020.

The clause is designed as a default mechanism to remain in place until an alternative arrangement has been agreed.

Where do we go From Here?

Johnson has pledged to scrap the backstop plan, calling it a “divisive” and “anti-democratic” policy.

Speaking to the House of Commons in late July, the prime minister said: “No country that values its independence, and indeed it’s self-respect, could agree to a treaty which signed away our economic independence and self-government as this backstop does.”

But, despite disagreements over the backstop, the EU has repeatedly insisted it is not willing to renegotiate.

In late August, German Chancellor Angela Merkel said a solution to the Irish border dispute was possible before the October 31 deadline.

Unless there is legislation to stop it, the U.K. is scheduled to leave the EU at 11 p.m. London time on October 31.